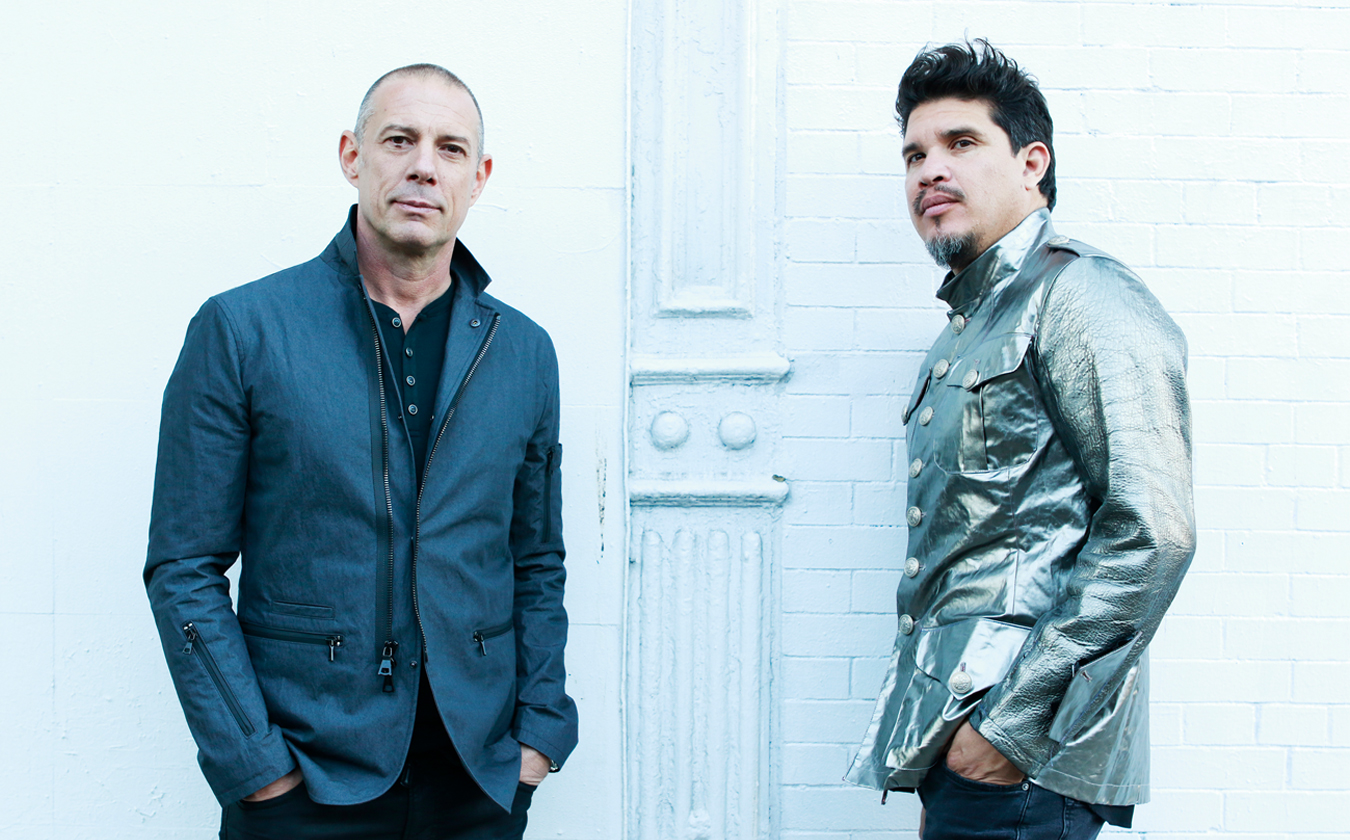 Independence is one of the primary factors in why Thievery Corporation have had such a long and fruitful lifespan. While co-founders Rob Garza and Eric Hilton bonded over their mutual love of Brazilian music in Washington DC in 1995, it was the local punk scene that became their North Star. Hilton says, “Ian MacKaye is a real hero of ours, his DIY philosophy. We modeled ESL Music after Dischord Records, how we ran our label and did recording contracts.” Garza concurs, “Being independent enabled us to be here for 25 years. Never having a boss or needing someone’s approval, we’ve always said what we needed to say with no filter.”

In a live setting, Thievery Corporation avoids any electronic dance music tropes. Yes, you’ll dance, sweat and put your hands in the air….but their concerts are true performances, with a killer band of players and an array of vocalists from diverse global cultures. No two shows feel the same. “Our shows are VERY live, lots of energy, the combination of multiple instruments and singers that take you on a musical journey," says Garza. "We have a sitar player, songs are in different languages - it’s a multicultural experience, people connect to the band and to each other, it’s beautiful.” With a world cautiously beginning to emerge from isolation and towards communal events, Garza is eager to return Thievery Corporation to live performance, “I feel like people have been waiting to celebrate together after being forced apart for too long. We’re all craving that."