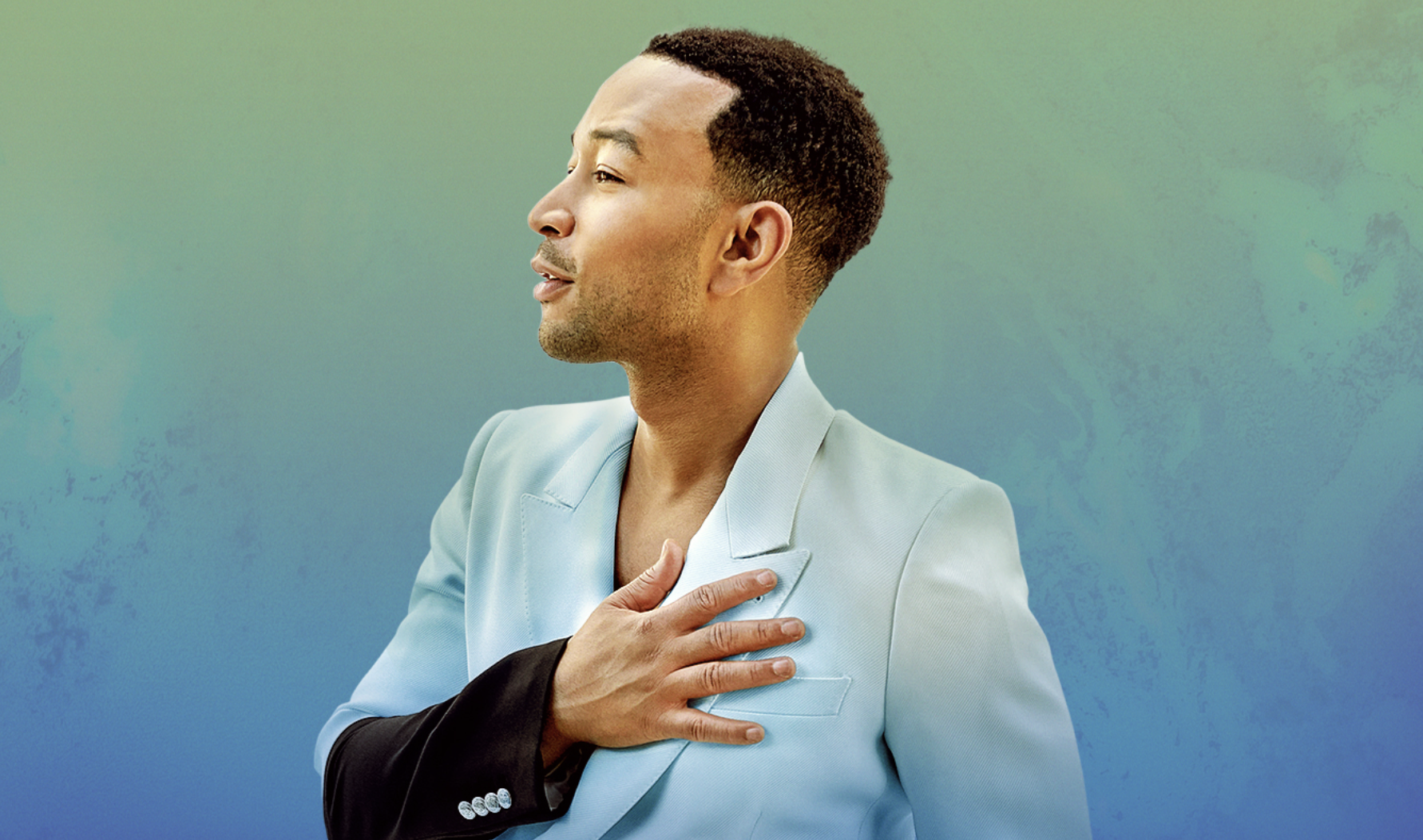 The John Legend show originally scheduled for August 19, 2020 is rescheduled to August 18, 2021. All previously purchased tickets will be honored at the new date, no new ticket purchase is needed. If you are unable to attend the new date, the deadline to request a refund is July 18, 2021. For more information, please visit HERE.

Multiplatinum artist John Legend has garnered eleven Grammy Awards, an Academy Award, a Golden Globe Award, a Tony Award, and an Emmy Award, making Legend the first African-American man to earn an EGOT. Legend has released six celebrated albums including, Get Lifted (2004), Once Again (2006), Evolver (2008), Love in the Future (2013), Darkness and Light (2016), and A Legendary Christmas (2018). Legend starred in NBC's "Jesus Christ Superstar Live in Concert" in 2018, winning an Emmy for “Outstanding Variety Special” and nominated for “Outstanding Lead Actor” (Limited Series). Legend joined "The Voice" for Season 16 (2019), winning with his mentee Maelyn Jarmon and is currently a judge on Season 17. John is a partner in Get Lifted Film Co., serving as an Executive Producer for "Southern Rites," "United Skates," WGN America's "Underground," and films Southside with You and La La Land. As a philanthropist, Legend initiated the #FREEAMERICA campaign in 2015 to change the national conversation surrounding our country's misguided criminal justice policies and to end mass incarceration.

When it comes to making music with both extraordinary passion and exceptional chops, few acts today can surpass the sheer excellence of The War And Treaty. Newly signed to Rounder Records—and named the 2019 Emerging Act of the Year by Americana Music Association—the husband-and-wife team of Michael Trotter Jr. and Tanya Blount-Trotter deliver a dynamic sound that joyfully blends Southern soul with elements of gospel, country, rock-and-roll, and blues. Also known for their phenomenal live show, the Nashville-based duo are now gearing up to make their Rounder debut with a sophomore album showcasing their boundless energy and tremendous generosity as songwriters and performers.